Home » News » New Publication: The Emperor Who Never Was

New Publication: The Emperor Who Never Was 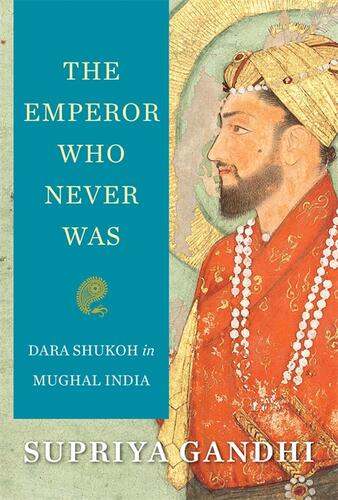 The definitive biography of the eldest son of Emperor Shah Jahan, whose death at the hands of his younger brother Aurangzeb changed the course of South Asian history.

Dara Shukoh was the eldest son of Shah Jahan, the fifth Mughal emperor, best known for commissioning the Taj Mahal as a mausoleum for his beloved wife Mumtaz Mahal. Although the Mughals did not practice primogeniture, Dara, a Sufi who studied Hindu thought, was the presumed heir to the throne and prepared himself to be India’s next ruler. In this exquisite narrative biography, the most comprehensive ever written, Supriya Gandhi draws on archival sources to tell the story of the four brothers—Dara, Shuja, Murad, and Aurangzeb—who with their older sister Jahanara Begum clashed during a war of succession. Emerging victorious, Aurangzeb executed his brothers, jailed his father, and became the sixth and last great Mughal. After Aurangzeb’s reign, the Mughal Empire began to disintegrate. Endless battles with rival rulers depleted the royal coffers, until by the end of the seventeenth century Europeans would start gaining a foothold along the edges of the subcontinent.

Historians have long wondered whether the Mughal Empire would have crumbled when it did, allowing European traders to seize control of India, if Dara Shukoh had ascended the throne. To many in South Asia, Aurangzeb is the scholastic bigot who imposed a strict form of Islam and alienated his non-Muslim subjects. Dara, by contrast, is mythologized as a poet and mystic. Gandhi’s nuanced biography gives us a more complex and revealing portrait of this Mughal prince than we have ever had.

For interviews on the book, please CLICK HERE and HERE.