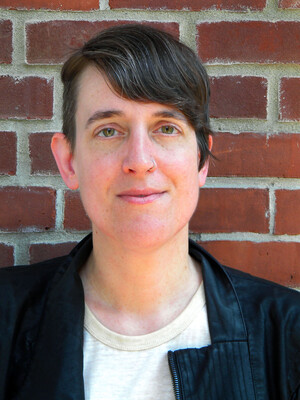 Kathryn Lofton, dean of humanities for the Faculty of Arts and Sciences (FAS), has been named the Lex Hixon Professor of Religious Studies, American Studies, History, and Divinity.

A groundbreaking scholar of religion in American history, Lofton has written extensively about capitalism, popular culture, and the secular. Her earliest scholarly writing examines the history of Protestant modernism and fundamentalism in the United States and the historiography of African American religion. Her first book, “Oprah: The Gospel of an Icon” (2011), contends that religion is a form of a social life observable outside of scriptural traditions and nonprofit organizations. Her second book, “Consuming Religion” (2017), explores the dependent relationship between religion and consumer capitalism through a series of case studies, including Herman Miller, Inc., the Kardashian family, and the Goldman Sachs Group.

Lofton has served as an editor-at-large for The Immanent Frame; co-curated (with John Lardas Modern) a collaborative web project on spirituality, titled Frequencies; and currently co-edits (also with Modern) Class 200: New Studies in Religion, a book series with the University of Chicago Press.

As dean, Lofton oversees all departments and programs in the Division of Humanities, supervising tenure, promotion, and faculty searches, and addressing issues that concern individual departments and the division as a whole. In the years ahead, she will lead the opening of the Humanities Quadrangle, and instigate a series of reforms in doctoral education and the role of instructional faculty in the Humanities at Yale.

A celebrated lecturer and mentor of graduate and undergraduate students, she has been recognized at Yale with the 2010 Poorvu Family Award for Interdisciplinary Teaching, the 2013 Sarai Ribicoff Award for the Encouragement of Teaching at Yale College, the 2013 Graduate Mentor Award in the Humanities, and the 2018 Inspiring Yale Award for the Humanities.

Lofton was the inaugural deputy dean of diversity and faculty development in the FAS 2016 to 2018; a member of the first elected class of the FAS Senate; chair of the University-Wide Ad Hoc Committee on Procedures for Resolving Complaints of Faculty Misconduct; and chair of LGBT Studies, the Program in Women’s, Gender, and Sexuality Studies, and the Department of Religious Studies.