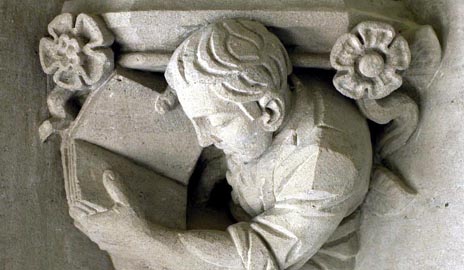 Four junior faculty have been honored for their outstanding scholarship: Nilay Hazari and David Rand have been awarded the Arthur Greer Memorial Prize in the natural or social sciences, and Andrew Quintman and Anthony Reed have received the Samuel and Ronnie Heyman Prize in the humanities.

Both prizes carry an award of funding to support future research. The faculty will be honored in the fall at a dinner hosted by Tamar Gendler, dean of the Faculty of Arts and Sciences. Information on the prize winners follows:

The Arthur Greer Memorial Prize for Outstanding Scholarly Publication or Research is awarded to a junior faculty member in the natural or social sciences.

Nilay Harazi is an associate professor of chemistry whose research involves synthetic inorganic and organometallic chemistry, with an emphasis on reaction mechanisms and catalysis. In selecting Harazi for the prize, the selection committee noted that it was very impressed with Hazari’s productivity at Yale, which includes research appearing in the top chemistry journals. The committee cited several of his research findings for special praise, including his “notable advance in the development of catalysts that enable the efficient and reversible inter-conversion of formic acid and CO2/H2.” According to the committee, “this transformation is of practical importance and considerable interest because formic acid is seriously being considered for the storage and transportation of hydrogen for use as fuel.”

David Rand is an assistant professor with affiliations in the Departments of Psychology and Economics, the School of Management, the Cognitive Science Program, and the Institute for Social and Policy Studies. His research focuses on human cooperative behavior. The selection committee noted that it was impressed by the volume of Rand’s work appearing in the top journals in psychology and by his creative and productive engagement with many of the deepest problems in evolutionary theory, especially the nature of human cooperation.

The Samuel and Ronnie Heyman Prize

The Samuel and Ronnie Heyman Prize for Outstanding Scholarly Publication or Research is conferred upon outstanding junior faculty members in the humanities.

Andrew Quintman isanassociate professor of religious studies, specializing in the Buddhist traditions of Tibet and the Himalaya. He received the award for his book “The Yogin and the Madman: Reading the Biographical Corpus of Tibet’s Great Saint Milarepa” (Columbia University Press 2013), which explores the extensive body of early literature recording the life of Tibet’s acclaimed 11th-century yogin and poet Milarepa. The selection committee praised the book for its delight in its subject, deep erudition and archival richness, noting: “This work, alongside your terrific translation of ‘The Life of Milarepa,’ impressed us all with its contribution to the distinct literary and religious history of Tibetan Buddhism.”

Anthony Reed is an associate professor of English and African American studies. His teaching and research focus 20th- and 21st-century African American and African diaspora literature and culture, especially poetry and music. He received the prize for his book “Freedom Time: The Politics and Poetics of Black Experimental Writing” (The Johns Hopkins University Press, 2014), which explores the black experimental writing that emerged in the years following decolonization in the Caribbean and the Civil Rights era in the United States. The selection committee wrote: “The book impressed us with its determination to recast the very notion of freedom in a theoretical sense while, on the local level, showing readers a way into specific poetic works that are often set aside because of their formal difficulty. Its contributions to poetics, to the history of American and Caribbean literature, and to the understanding of black writing will unfold for a long time to come.”