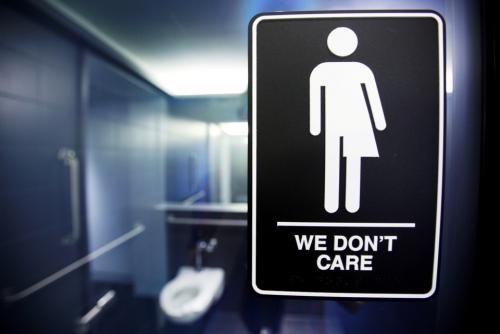 A new book argues that the country needs to reclaim the “vital c​enter” of politics.

Depending on who you’re talking to, the story of America’s founding may be told very differently. Some liberals might describe a nation animated by secular Enlightenment values, where freedom from religion is just as important as freedom of religion. And some conservatives might point to the country’s so-called Judeo-Christian heritage, with the Bible as its foundational text.

Both of these stories are wrong, according to Phil Gorski, a professor of sociology and religious studies at Yale. In his new book, American Covenant, Gorski argues that these opposing stories are the basis of the culture wars: They’ve made it difficult for people to believe they can still share civic values even if they don’t share other beliefs.

The more accurate story of America is one of “civil religion,” Gorski writes, that cherishes a founding myth and agreed-upon set of civic values and responsibilities. Understanding America’s tradition of civil religion is important for reviving the “vital center,” as he calls it: “believers and nonbelievers, Republicans and Democrats who support a moderate form of secularism and a liberal form of nationalism.” This is “not a mushy middle that splits the difference between left and right,” he says, nor does it “purport to be a ‘third way’ that ‘transcends’ debate.” Rather, the project is about re-learning how to talk to one another and establishing a set of shared principles derived from American history.

The stakes are high. “If we fail to rebuild the vital center, it will mean the end not only of American democracy—what is now left of it, anyway—but of the American creed itself: e pluribus unum,” Gorski writes. “The eyes of the world are still upon us. And if we should fail, the God of history will not deal kindly with us.”

I spoke with Gorksi about civil religion and the state of the culture wars. Our conversation has been edited and condensed for clarity.

Emma Green: What is civil religion?

Philip Gorski: Civil religion is the way a particular people thinks about the transcendent purposes of a life together. One might understand “transcendent” in a traditional religious sense, or one might just understand it as some kind of ultimate value or higher purpose that a nation or polity is built around.

American civil religion is a specific version of that.

Green: You contrast civil religion with two other narratives of American democracy: radical secularism and religious nationalism. Describe what those are.

Gorski: The radical-secular interpretation of American history is that American democracy is an Enlightenment project based solely on secular values. The religious-nationalist interpretation is that America was founded as a Christian nation, and our laws and Constitution are all grounded in Christian or Judeo-Christian scripture. One of the points of the book is to show that at the many junctures of our history, those two sources have been intertwined with each other.

One of my favorite examples of this is Benjamin Franklin’s draft seal for the United States. The image is of Moses parting the Red Sea and the Israelites crossing over behind him. Franklin can hardly be suspected of being a particularly orthodox Christian, yet he thought this narrative belied something fundamental about the American project.

Another example is Thomas Paine’s famous tract, Common Sense. Radical secularists often point to Paine when they’re arguing for the Enlightenment character of the American founding. Yet if you look at the first eight or 10 pages of Common Sense, Paine frames it entirely around an interpretation of 1 Samuel 8. The text was the basis of his argument about God preferring republican forms of government.

One can find this argument among arguably the least orthodox Christian figures in the founding generation. How much more influential must it have been among those for whom the Bible was a touchstone?

People are trying to cook the books of moral accounting in American history.

Green: You describe a tendency among some secular thinkers to cast America’s past leaders as non-religious. What’s up with that?

Gorski: People are trying to cook the books of moral accounting in American history. They want people whom they admire as important civic leaders to have the “right” motivations—which is to say, secular motivations. They want to wave away any inspiration those people might have received from Christianity.

Christopher Hitchens was very dismissive of Barack Obama’s quite public professions of Christian faith, saying this was just a guy with political ambitions putting on a show and telling the audience what it wanted to hear. In God Is Not Great, he says the same thing about Martin Luther King, which to me is even more implausible.

I don’t think he is right, but it doesn’t really matter if he was. The point is that biblical narratives still provide an overarching framework for thinking about who we are, where we came from, and where we want to be going. Many secular people too easily forget that many of their most cherished values are partly our values because they merge with Christianity.

Green: What are the major blind spots of radical secularism—including ones you encounter in the academy?

Gorski: In general, academic analyses of history or contemporary society tend to give very short shrift to religion. I think there is a tendency to think of religion as secondary or epiphenomenal, and not to take it into consideration.

Not that it’s just religion. Another great example of this is sports, which is one of the most important things to many non-academics, yet is one of the least studied subjects in academia.

But I don’t want to paint a picture that’s misleading. There has been increasing recognition over the course of my career of the importance of religion to social and historical development.

The demand that religious people speak [secular] language is incorrect and unfair.

Green: You write that radical secularism places unreasonable expectations on people of faith and on democracy because it asks people to translate their beliefs into secular language. Explain what you mean.

Gorksi: The language of secular public discourse appeals passively to values like personal autonomy or maximizing utilities or institutional efficiency. The demand that religious people speak that language, on the grounds that it is a putatively neutral language, is incorrect and unfair. I think it would be just as reasonable to ask that secular people become more religiously literate and engage folks who are coming from a position of faith.

Green: How does this theory translate on issues on which people have radically different views—like religious conservatives opposing the expansion of LGBT rights?

Gorski: This is the much harder question. It’s easier to answer questions in an abstract way.

What I would like to see is more of an effort on both sides of divisive issues like this—for people to engage the other side in their own language. People who are LGBTQ activists could engage these arguments biblically and theologically, and maybe raise questions about the arguments against these rights. And it would be good if people from the religious right took more seriously questions about autonomy, human diversity, and sexual identity than they currently do.

Green: In your book, you point to evangelical Christians as the main purveyors of religious nationalism. Why?

Gorski: If you look at the last 40 or 50 years of American political history, conservative evangelicals have been the most influential voices for a kind of Christian nationalism. I’m not going after them because I think they have been the only spokespeople for Christian nationalism in the United States, but because they’re they ones who have taken up that flag in recent decades.

I’m a professor, not a pastor or neighborhood leader. Those are the people who would have to rejuvenate the vital center.

Green: You’re equally hard on libertarians, and particularly religious people who adopt a libertarian viewpoint. Why?

Green: You propose that many Americans are in a middle space of some sort—not necessarily between conservative and liberal thinking, but between these poles of radical secularism and religious nationalism. You seem to be arguing that the culture wars aren’t representative of what most people think, feel, say, and experience.

Who are these “middle voters,” and how do you know they exist?

Gorksi: I don’t know for sure that they exist. But I do think we have cultural resources in our shared history that have unified us, even in times of deep division like this one. The fundamental purpose of my book is to recover these resources, and to point people toward this place that I call the vital center.

It’s not a place of perfect agreement or complete consensus. But it is a place where at least we’re all arguing about the same values and feeling that we’re a part of the same long, hard, intergenerational project in the American experiment in democracy.

Whether we can get back to that place—that’s way beyond my job description. I’m a professor, not a pastor, local civic activist, or neighborhood leader. Those are the people who would have to decide to reoccupy and rejuvenate the vital center. All I’m trying to do is put a map out there and point people how to get there.

Emma Green is a staff writer at ​The Atlantic, where she covers politics, policy, and religion.