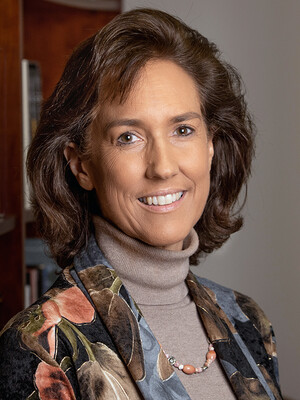 Christine Hayes, a scholar of classical rabbinic Judaism specializing in Talmudic-midrashic studies and Jewish law in late antiquity, has been appointed the Sterling Professor of Religious Studies, effective Feb 20.

The Sterling Professorship is awarded to a tenured faculty member considered one of the best in his or her field and is one of the university’s highest faculty honors.

Hayes is a member of the Faculty of Arts and Sciences, the Department of Religious Studies, and the Program in Judaic Studies.

Hayes earned her B.A. from Harvard University and her M.A. and Ph.D. from the University of California, Berkeley, which included a year of coursework at the Hebrew University in Jerusalem. Before joining the Yale faculty in 1996, she was assistant professor of Hebrew Studies in the Department of Near Eastern Studies at Princeton University.

Her first monograph, “Between the Babylonian and Palestinian Talmuds” (Oxford University Press, 1997) was honored with a Salo Baron prize from the American Academy for Jewish Research. Her second book “Gentile Impurities and Jewish Identities” (Oxford University Press, 2003) was a National Jewish Book Award finalist. Her most recent book, “What’s Divine about Divine Law? Early Perspectives,” examines the classical and biblical roots of the Western idea of divine law. It received the 2015 National Jewish Book Award in Scholarship, a 2016 award in Theology and Religious Studies from the American Publishers Association, and a 2016 Jordan Schnitzer Award from the Association for Jewish Studies.

Hayes has authored two introductory volumes (“The Emergence of Judaism” and “Introduction to the Bible”). Her edited volumes include “Jewish Law and its Interactions with other Legal Systems” (2014), the “Cambridge Companion to Judaism and Law” (2017) and “Classic Essays in Rabbinic Culture and History” (2018).

With the support of a New Directions Fellowship from the Mellon Foundation, Hayes spent 2005-2006 at the Yale Law School. She has held visiting faculty positions at the Tel Aviv University Law School and the University of Pennsylvania law school and was a 2018 fellow at the Katz Center for Advanced Judaic Studies at the University of Pennsylvania. At Yale, she has served as chair of the Department of Religious Studies (2011-2015) and is currently the department’s director of Graduate Studies. From 2004 to 2006, she was a fellow of the Whitney Humanities Center and, in 2005, she was awarded the Sidonie Miskimin Clauss Prize for Teaching Excellence in the Humanities.